Generally speaking, people with disabilities are more widely accepted, supported and encouraged than ever before.

But as every global mobility professional knows, no two countries are the same and different standards and attitudes apply – which makes global mobility a challenge for those with disabilities, whether physical or mental.

In some places, such as the larger cities, there are many facilities and services designed to minimise the restrictions caused by disability. In Tokyo, for example, almost every street has its “tenji burokku” Braille markings, while most subway systems around the world are rapidly replacing inaccessible ‘legacy’ infrastructure with stations and platforms designed for those with disabilities.

Mikki Beru, a French expat living in Japan, comments that Nantes and Grenoble are often cited as great examples of accessibility, and the website wheelchairtravel.org puts Barcelona at the top of its list of accessible cities.

However, Europe is not universally accessible. Phil, a Belgian expatriate in Bulgaria and member of Expat.com confirms that being disabled in Bulgaria is not easy: "Not everything is suitable [for] wheelchairs. Sidewalks, especially.”

When a subscriber asked the International Living website for advice on where a wheelchair user might retire overseas, every local correspondent who responded advised against their country. It appears that accessibility is an issue that is not on everyone’s agenda, and expats with disabilities – and their employers – need to put their own measures in place.

What can expats with disabilities do?

While some cities are more accessible than others, there are still steps that expats with disabilities can take. Erin, an American expat living in Berlin, notes that public transport is one of the most obvious issues facing disabled expats.

However, she also offers some key advice for expats with disabilities:

How are global organizations accommodating expats with disabilities?

Forward-looking companies are making progress in their D&I (diversity and inclusivity) efforts – although this is mainly evidenced by statements rather than facts.

Crown World Mobility, for example, listed increased inclusivity and diversity as one of its key trends for 2019, and reports show that the broader ‘inclusivity’ battle is gradually being won; more women and racial minorities are being selected for global assignments, and studies have been published to show that female assignees are as effective as their male counterparts.

However, there is little evidence to suggest that people with disabilities are included in that definition of ‘inclusivity’.

According to training company Learnlight: “While 15% of the US workforce has some form of mental or physical disability, disabled assignees represent a negligible proportion of the international workforce”.

Why big business should act now

So why should the world’s biggest companies care? Why should they put in place measures to support and accommodate the needs of disabled workers?

Most obviously, it is of course the morally upright thing to do – but they are also aware of the need to build a reputation for inclusivity. (Indeed, many large customers stipulate certain standards when choosing suppliers, and this can include such considerations as diversity.)

But perhaps most importantly, global assignments are a way of nurturing and developing the leaders of the future. A lack of diversity now will lead to future management being selected from a narrow, non-inclusive pool of candidates – putting the company at a disadvantage against more enlightened competitors.

How to fund specialist requirements of assignees with disabilities

Another consideration is how the ‘standard’ expat package might need to be adapted to meet the specialist requirements of disabled assignees. Olivier Meier at Mercer explains how global mobility policies could be adapted to fund the needs of diverse groups of expats, such as those with disabilities.

Essentially, there are three options:

This last option is appealing in its simplicity, but global mobility departments should not neglect their duty of care by leaving everything down to the assignee.

As companies look to support expats with disabilities, the services offered by relocation partners may become invaluable.

FIDI members do so much more than ship household goods, and their local experience can help in sourcing the specialist services required (for example, finding accessible accommodation), and ensuring that expats with disabilities enjoy a fulfilling and successful time overseas. 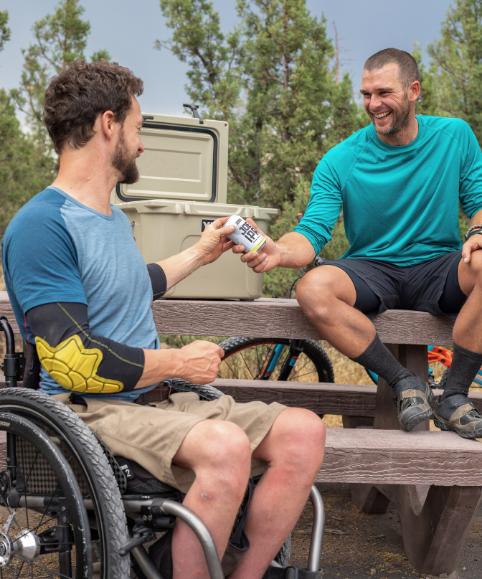