No two expat experiences are the same, so to create a soundtrack to an overseas assignment is an impossible task. But over the years, the romance of travel, the joy, despair and thrill of moving from one country to another – whether to work, to discover oneself, or simply to return home – has moved musicians to create some masterpieces.

In our humble opinion, the following are six of the finest examples that reflect the ups and downs of expat life.

Written in Widnes railway station, near the English city of Liverpool, Homeward Bound is a love song written from the perspective of the travelling musician – in this case Paul Simon as he toured the UK in 1964. While few readers will be musicians – or will ever go to Widnes – they will no doubt appreciate his soulful tale about the drudgery of travel, and how it makes him long for the permanence of home – and of course, the girl he left behind.

2. Come Fly With Me - Frank Sinatra

This song speaks of travel at its most exotic and glamorous. Before most people could afford air fares, Frank told us in this 1958 track what it was all about – and we all wanted a piece of it. Sammy Cahn’s lyrics featured destinations like Peru, Bombay and Acapulco Bay, which during this golden age of air travel were miraculously all just a PanAm flight away.

Whether this sowed subconscious seeds for a generation of baby-boomer expats we will never know, but it sure made it sound cool.

Usually attributed to New York Tribune editor Horace Greeley, the phrase “Go West, young man” was a rallying cry for 19th century expats who left the poverty and unemployment of Eastern US cities behind to seek their fortunes in frontierland. It inspired thousands to pack up and move out – and a century later inspired Victor Willis, singer (and traffic cop) in New York disco band Village People to write a song.

Upbeat and melodic, it is a classic disco track with a message of optimism that will resonate with all expats. It’s about the opportunities of travel. There’s a better life out there. And you can dance to it.

"Go west, where the air is free"

Few singers are as closely associated with their homeland as John Denver, international jet-setting star of the 1970s though he was. His tuneful brand of gentle folk music talks of simple country life, mountains and sun-dappled forests – and in this particular case the nostalgia he feels for his home state of West Virginia.

Further expat-friendly material from Denver includes the pain of leaving a loved one at home in “Leaving On A Jet Plane”. You may never have visited West Virginia, but we all know that feel.

"The radio reminds me of my home far away"

What's your all time favorite travel song? Tell us here! 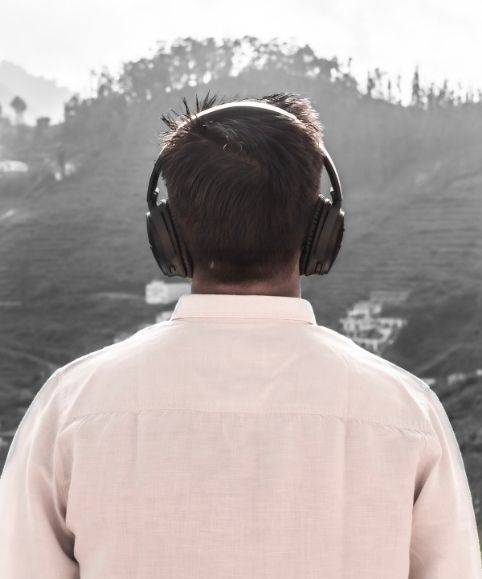 Composer Henry Mancini gets all the credit for this classic, but it is Johnny Mercer's lyrics, that make it an expat anthem. Recalling his youth spent in the Southern United States, he talks of longing to expand his horizons, looking enviously at the moonlit river in the title as it flowed off into the distance without him. He describes the writer and the river as “two drifters”, who are both “off to see the world” and “after the same rainbows end”.

It won an Oscar for Best Original Song in 1961 after being featured in Breakfast At Tiffany’s, and is ranked #4 in the American Film Institute's list of top film songs. Described by Robert Wright of The Atlantic as a “love song to wanderlust”, it will surely resonate with many would-be expats who wonder just how far life might take them...

“Two drifters, off to see the world
There's such a lot of world to see
We're after the same rainbow's end
Waitin' 'round the bend.”

By telling of an Irish couple who travel to New York in the late 1940s to seek fame and fortune, Shane MacGowan, lead singer of The Pogues, has written the classic expat story.

The young lovers are initially dazzled by the city’s lights and glamour, but as their relationship fades, the sense of disillusionment with their new life abroad grows. It pulls no punches and presents a realistic view of the difficulties of making a new life in a different country (and even has some of the more colourful phrases changed for the radio edit), but is nonetheless a gorgeous, evocative song that has become a seasonal classic since its release in 1987. The streets are not paved with gold, but Happy Christmas anyway.

"When you first took my hand on that cold Christmas Eve, you promised me Broadway was waiting for me"